Before you buy that lottery ticket, figure out your best lucky lottery numbers for the best chance to win! Logic states that when playing numbers you like, the more likely they will appear. Choose your best numbers that are important to you for maximizing chances of winning the lottery. Here is how to choose your lottery numbers so that maybe you can win to.

Best Numbers to Play the Lottery

When you select your lotto numbers, try to have a relatively even mix of odd and even numbers. All odd numbers or all even numbers are rarely drawn, occurring less than 3 percent of the time. The best mix is to have 2/4, 4/2 or 3/3, which means two odd and four even, or four odd and two even, or three odd and three even. One of these three patterns will occur in 81 percent of the drawings. With that said, the best numbers to play the lotto are non consecutive numbers and a mix of even and odd numbers. For instance using this strategy lucky numbers would be like, 2-9-44-12-33-18

Look at a list of past winning numbers for Lotto, and you’ll see, more often than not, that one or more of the number groups is not represented. It isn’t luck. For example, in the combination 5-14-17-32-38-49, there are no 20’s. Tracking and generating Number Groups can help you decide which group to omit and which group to give extra heavy play.

Which Lottery Numbers to Avoid?

Choose Numbers Important To You

Personal dates like your birthday or anniversary can actually be a great way to pick your lucky numbers. Surprisingly it seems almost everyone has that story the numbers they won were important dates to them. So figure out your important dates and keep playing those same numbers, every time.

Pattern betting is an even more popular method of marking bet slips. Patterns of lucky lotto numbers marked in a row to make a straight line, either across the bet slip vertically or diagonally get heavy play—which means sharing the prize with others if the numbers are drawn as winners.

Other designs such as patterns of initials or lucky lottery numbers or crosses also get heavy play.

The shortest, easiest way to search for lucky lottery numbers that have the greatest probability of winning is to track the trends. Logic Lottery has the best strategies to show you how to understand and use historical winning data.

Choose from the best lotto strategy software which has a vast assortment of charts and reports that allow you to examine your lucky lotto numbers in an infinite variety of ways.

We also look forward to help teaching you to understand and use historical data and also able to select the best possible lucky winning lottery number combinations! 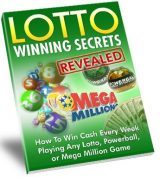 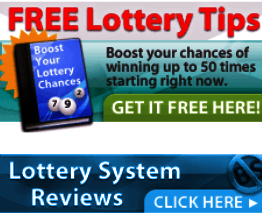